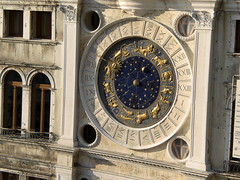 It’s not uncommon for people unfamiliar with either astronomy or astrology to confuse the two terms.

Astronomy is a science. It is the study of the stars, planets and celestial entities such as comets, galaxies and occurrences outside the Earth’s atmosphere such as solar flares and cosmic radiation.

The origin of the word is Greek; astron means ‘star’ and nomos means ’law’.
In the historic past astrology was considered a legitimate discipline of astronomy but the two today are very distinct.

The origin of the word astrology is very similar to astronomy. The Greek components are astron which means ‘star’ and logia which means ‘the study of’.

Astrology is the study of celestial bodies and it is astrology which uses the Zodiac to identify personality traits and as a divination technique.

Which do you think came first? Astronomy or astrology? Do we need to keep the two completely separate or is there an overlap?