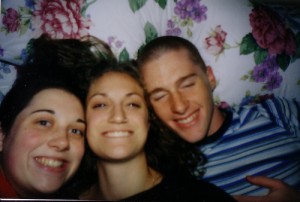 A study of more than 14,500 people carried out by doctors from the Kansas University has discovered that atheists have better sex lives than the religiously devout. The researched showed that the religious where more likely to feel guilty after sex and atheists more likely to explore sexual fantasies. Both groups had sex as often and engaged in similar activities.

In the study psychologist Darrel Ray and Amanda Brown discovered that both groups became sexually active at around similar ages and had sex roughly the same number of times a week. The religiously devout, however, rated their sex lives lower than than the atheists.

Not all religions were the same; the biggest difference was around levels of “sexual guilt” felt after intercourse. Strict religious groups such as Mormons ranked among the most guilty, rating their levels of blameworthiness at 8.19 out of 10. The next most “guilty” group included Jehovah’s Witness, Pentecostal, Seventh Day Adventist and Baptist devotees. Catholics clocked in sexual guilt levels of 6.34/10 in the survey, followed by Lutherans with 5.88 and atheists and agnostics ranked as the less guilty with levels of 4.71/10 and 4.81.

In a worrying turn, the research also suggested that children raised in strongly religious homes were more likely to get their only sex education from pornography as they were not confident enough to discuss sex with their parents.

What do you make of this survey? It’s a piece of academic research with a very large user base so it accurate? Do you agree with the findings or do you find it hard to believe?