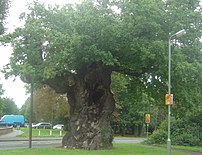 It is thought that the ancient Celtic Druids may have used a Zodiac. This Zodiac was rediscovered by Robert Graves and publisied in his popular book The White Goddess

Graves used the work of Duald MacFirbis (1585 – 1670) the scholar and bard of clan O’Brien and bard Roderick O’Flaherty (1629 – 1718). There is doubt among modern scholars as to whether these sources are enough as there is evidence that some of the terminology used has Latin rather than Celtic roots and it is unlikely Christian bards would have sought to preserve ancient Druid knowledge.

Helena Peterson has provided an alternative Celtic Zodiac. It uses the planets Uranus, Neptune and Pluto which the Druids where unlikely to have discovered but her book The Handbook of Celtic Astrology*

Due to the competing versions of the Celtic Zodiac and the on-going debate around accruacy it is easy to find tables with differing dates.

December 24 to January 20: Birch – The Achiever

May 13 to June 9: Hawthorn – The Illusionist

August 5 to September 1: Hazel – The Knower

September 2 to September 29: Vine – The Equalizer

October 28 to November 24: Reed – The Inquisitor

Are you a follower of the Celtic Zodiac? Do you think we can ever fully recover the wisdom of the Druids?