Archaeologists in Macedonia have uncovered the earliest known samples of the old Macedonian language. The clay artifact is so rare that the Macedonian government are keeping the location secret in order to deter potential treasure hunters and artifact poachers.

Macedonia, once a Yugoslavian state, is bordered by Serbia to the north and Greece to the South. It is most famous for being the home of Alexander the Great (son of Philip II of Macedon).

“This is a very rare artifact, the name of the Goddess Vesta is written on it. However, the first written name is Bsefa, which later became Vesta. This is the oldest artifact written in the old Macedonian language discovered on our territory.”

Vesta was the goddess of the family and of hearth and home in Roman mythology. The sacred fire burning in her temples was lit by the Vestales, her priestesses, and was a representation of her. These fires burned until 391 when Theodosius I banned pagan worship.

Vesta was of particular importance to women and was often in the very centre of a Roman home’s atrium. Meals were often eaten near her scared household flame. Food would be burnt in the holy fire and the burning interpreted for omens.

Do you think the Macedonian government is right to keep the location of the archaeological dig a secret? Did they have any choice? 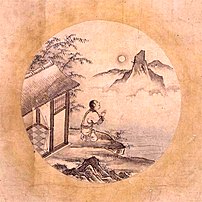