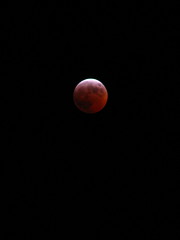 Blood of the Dark Moon has done well for Adrianne Brennan. Since its launch its come #5 for Best Horror at Anotherealm’s Preditors & Editors and taken a bunch of other awards.

The eBook was re-released this month and the timing is no coincidence. Brennan’s just announced a new contract with Freya’s Bower and a new series – The Oath.

Blood of the Dark Moon is aboutacceptance and belonging. Amanda, our heroine, is a devoted follower of the Greek god Apollo and yet this is the present day in a world such as ours. Despite being academically brilliant and tipped to go far she keeps her religious beliefs hidden from her University and peers.

Amanda’s life takes a dramatic turn after meeting Jesse – a man who first admits an interest in her thesis on Greaeco-Roman magick, then suggests he is a Kemetic – someone who worships the Egyptian gods – but who turns out to be something even more unusual.

Blood of the Dark Moon is as engaging as it is well researched. You’ll notice the attention to detail straight away as the eBook acknowledges quotes taken from Liber AL vel Legis (The Book of Law) Aleister Crowley and states permission to use the copyright term “Golden Dawn”. Later on, in one scene, two vampires make use of a magical amethyst ring in order to help them ingest some drink – noting that amethyst is sacred to Dionysus, leaving the reader to recognise the relationship between the Greek god Dionysus and drink.

This is a vampire romance and Adrianne does not manage to avoid all the pit traps. Yes; except to meet Vlad Tepes, blood bonds and use of terminology such as Childe and Sire. That said; none of these usual suspects get in the way of this enjoyable paranormal romp.

Have you read any of Adrianne Brennan’s other books? What are they like? Why do you think vampires persist as one of the most popular choices in romantic paranormal stories?