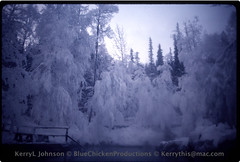 We all have to find a beginning somewhere and this is where it begins for In Pure Spirit.

During the first winter a colossal and powerful giant rose from the hoarfrost. Next came the fire and the fire melted the giant.

As the ice giant melted so the world was born. His blood became the seas and oceans. His bones became the mountains. The giant’s hair became the forets and trees. The sky was forged from his skull.

It is thought that some of the ancient Celtics placed their gods at the very heart of the Earth in a realm of mountains and valleys. Beneath, in the Underworld, the dead lived on.

And what of you? What type of beginning would you hope to discover at In Pure Spirit?