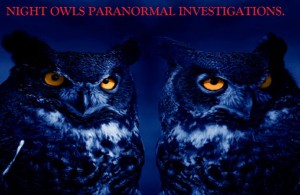 It is believed that the North Lincolnshire paranormal investigation group the Night Owls are in negotiations with Virgin Media’s Seven TV. A six part series is in the cards.

It is true that Virgin Media ran the Living TV channel while Most Haunted and Most Haunted Live was at its height and that the Night Owls have already had some media success. Last year Selina Maycock from the Telegraph went with the investigators for an all-night study of the Skipworth Arms in Moortown. That said; is an alternative to Most Haunted really on the cards?

“We want to do something completely different to Most Haunted and we’ve got a few locations in mind, including Petwood Hotel at Woodhall Spa, the Angel and Royal Hotel at Grantham and a couple of local airfields.”

However, a true replacement to Most Haunted seems unlikely at this stage. Channel 7 is a local TV station that covers regional interest stories – and although this may help raise the profile of the Night Owls they are still significantly short of the exposure Most Haunted once had.

It also looks like there is a risk that Night Owls will miss out on any Halloween broadcasts. Scunthorpe press have revealed that the group is due to brainstorm with Seven on the 18th. Unless a camera crew, filming permission and a hole in the schedule can be found quickly then this seems like too short notice to match the ghost hunters with the best night of the year for audiences.

Sky have returned the rights to the Most Haunted brand.

What do you think? Could this be the start of a new TV-known name of ghost investigations or do you think we’re unlikely to see the Night Owls outside of local TV?

Do you want a replacement to Most Haunted or do you think a TV company should step in and pick up the rights?