It’s not usual to see Ribbonfish washed up on shore because they’re a deep water fish. When one was captured off teh coast of north west Taiwan and taken ashore, it sent locals running for higher ground. As Xie Lu, a fisherman on the scene explained to journalists;

“People started packing up to leave. They thought some kind of terrible earthquake was coming and they began to flee.” 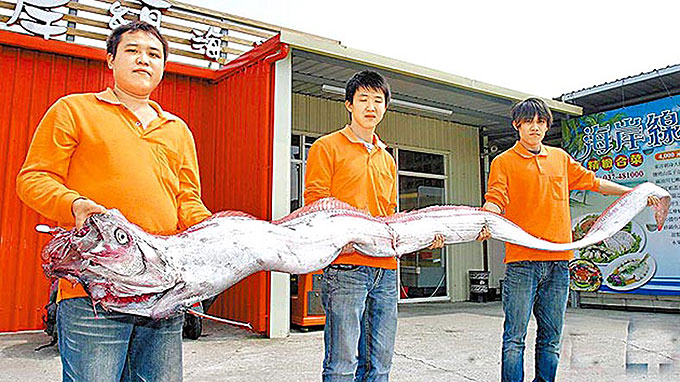 Sound silly? Turns out that the locals were right to be concerned. Experts do believe the fish left its natural habitat because of the recent earthquakes in the area. Wikipedia notes that the fish is sometimes known as the Earthquake fish because they appear after an earthquake.

In other words, fear of a Tsunami was not entirely misplaced at all. A good example of ancient wisdom still being meaningful today.

What do you make of that 12 foot fish? How many “sea serpent” sightings do you think Ribbonfish like this one might be responsible for over the years?