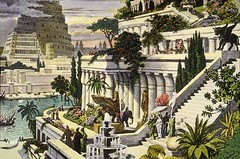 ‘Chaldean’ is the collective reference to the legends and lore from Babylon, Assyria and Sumer. The 11th dynasty of Babylon (6th century BC) is known as the Chaldean Dynasty.

Typically with Chaldean numerology the letter mapping of the name is used to reveal life goals, personalities, desires and purpose. Chaldean analysis of birthdates reveal challenges and peaks in a life cycle and destiny.

Chaldean numerology uses the numbers 1 through 8. The number 9 is considered holy and kept seperate from the main system. Letters are assigned to numbers based on their sound or vibration.