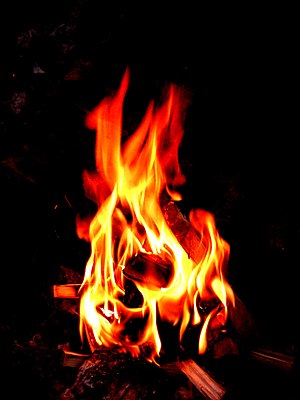 In the Northern Territory, Australia, David Laurin has been sentenced to three years for burning a woman’s house down.

Laurin, 31, pleaded guilty to the charges as the court heard he believed the woman was a witch who had cursed his sex life.

In the NT Supreme Court, Chief Justice Dean Mildren heard how David Laurin met his girlfriend Kelly on the internet.

His relationship with Kelly went down hill and they split up in January 2009. Kelly’s since given birth to their child.

A psychiatrist told the NT court that Laurin had a “borderline personality disorder“. The psychiatrist also blamed the role of “internet wars games” played in Laurin’s life; suggesting they helped form his identity.

Do you think Laurin got what he deserved? Is the psychiatrist did the right thing by pointing a finger at the internet?