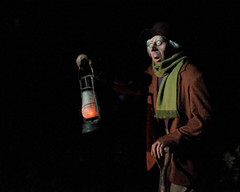 The Three Mariners Inn is a popular and historic pub. It’s notable for having a gravity-fed cellar. In the Three Mariners the cellar is above the pub, this means the casks need to be hefted upstairs but it means the beer and ale flows naturally downwards.

The pub is old, perhaps one of the oldest in the city. Before the name Three Mariners it was known as the Carpenter’s Arms; both names likely derive from the pub’s proximity’s to the River Lune and the ship’s carpenters or mariners who may have visited the building since the 13th century.

The pub stands on the cobbled remains of Bridge Lane – a road that would have been very busy until the New Bridge was built in 1788. Even today the pub enjoys a pleasant spot in Lancaster and is near popular tourist attractions such as Maritime Museum, the Priory, Lancaster Castle and the Judges’ Lodgings.

In its 600 year history the pub would have seen Henry VIII close the priory, the trial of the Pendle witches, the burning of Penny Street in 1643 during the civil war, the imprisonment of George Fox – founder of the Quakers – in the nearby castle, the construction of Penny’s hospital, Dalton Square, the Corvell Cross, the Buck Ruxton murders and so much more.

Unfortunately for the pub, the name Three Mariners made the news in 2006 after a vicious murder in the nearby underpass.

It is said that the Three Mariners is haunted. The popular story is that the ghost is in the toilets but people have reported sudden drops in temperatures and strange noises in the cellar as well.

Have you been inside the Three Mariners? Love to hear what you thought of the pub. Do you think it’s haunted?