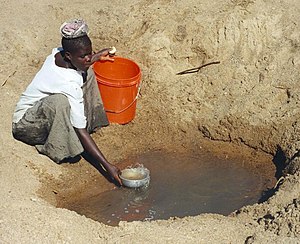 The Commissioner highlighted the problem of the murder of elderly people suspected of practising witchcraft as sending bad signals which scared investors away.

Charities have reported that the killing of elderly people in Kenya is sometimes an economic crime. Families are unable to support their elderly dependants and adopt excuses to facilitate their murder.

According to Munyi more than 900,000 people in the Coast province face starvation despite a flourishing touristic sector.  The Kenyan government has invested in services to de-silt local water supplies but hundreds of thousands still struggle for clean water.

How much of a serious problem is this for Kenya? Do you the Commissioner was blaming the locals and their backwards way for the lack of successful investment in the region?